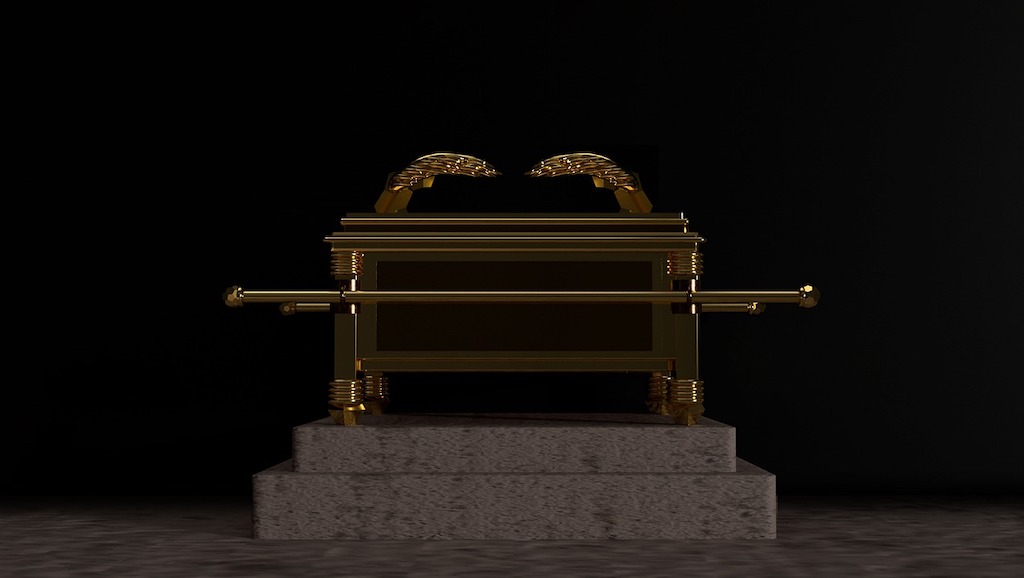 “Then the priests brought in the ark of the covenant of the Lord to its place, into the inner sanctuary of the temple, to the Most Holy Place, under the wings of the cherubim.” —1 Kings 8:6

The temple was finished in all its details and according to all its plans (1 Kings 6:38), and now, Solomon was preparing to bring the furnishings to their newly constructed home. Everything made explicitly for the House of the Lord was in his possession — the altar of gold and the table of gold on which the showbread was placed. And then, there was Israel’s most prized possession, the Ark of the Covenant. The two tablets bearing the Ten Commandments, a golden pot of manna, and Aaron’s rod were in it.

The first attempt to move the Ark ended with the death of Uzzah, who tried to keep the Ark from falling to the ground when the Priests stumbled (2 Samuel 6:1-10).

Now fast forward, and lesson learned from his father’s era, Solomon is attempting to have the Ark properly carried this time.

The King gathers the leaders of Israel, the heads of the tribes, and the family patriarchs, with one mission in mind: to bring the Ark of the Covenant from Zion, the City of David.

After all the leaders were assembled and all items were collected, the priests took up the Ark of the Covenant and brought it to its place — into the inner sanctuary of the temple — to the Most Holy Place, under the wings of the cherubim.

The Ark was now in its rightful place — in the temple of God.

I propose to you today that when the church brings God into His rightful position, the glory of God will overshadow her and fill the house.

The church again will witness miracles, signs, and wonders. The weight of the glory of the Lord will be so heavy that those ministering will not be able to minister. The only thing the body will be able to do is rest under the cloud of glory and bask in the presence of God.

Have you made God a priority in your life?

Have you positioned Him in the right place?

Being a follower of Christ is more than lip service. It’s a lifestyle. A lifestyle totally committed and wholly surrendered to Almighty God.

Placing God first in our lives leads to a lifestyle of worship. Worshipping Him for who He is and what He means to us.

Would you like to experience the glory in the same manner as King Solomon and the Children of Israel?

Then I challenge you to shift some things around, remove some items, and bring God to the forefront — into the Most Holy Place of your being, and the glory will suppress you.